Elder of the Year 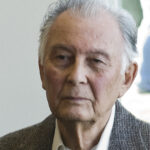 William “Bill” English Sr. (Inupiat) was born in Coldfoot, Alaska, and spent his youth in nearby Wiseman, Alaska. After seeing his first airplane at the age of 2, he knew he wanted to become a pilot.

Now in his 90s, English continues to emulate the values his parents instilled in him—hard work, adapting to inevitable changes, serving others, and being kind and true to his values.

Shareholder of the Year 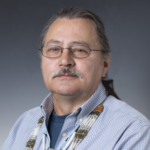 Chief Gary Harrison (Ahtna Athabascan) was born and raised in Chickaloon, Alaska, one of seven ANCSA villages in the CIRI region. He is the Traditional Chief, chairperson and longest-standing member of the Chickaloon Village Traditional Council.

A longtime advocate of health and wellness in the Native community, Chief Harrison has played an integral role in the success of the C’eyiits’ Hwnax Community Health Center in Sutton, Alaska, and the Benteh Nuutah Valley Native Primary Care Center (VNPCC) in Wasilla, Alaska. He has also served on the board of directors of the Alaska Native Tribal Health Consortium and on the VNPCC joint operating board.

Chief Harrison’s community involvement includes Cook Inlet Tribal Council, Tribal-justice advocacy groups, Indigenous and environmental working groups and forums, and the Organization of American States. He has dedicated his life to serving people in the Cook Inlet region and is widely recognized for his efforts to defend Alaska Native rights and promote traditional ways of life. 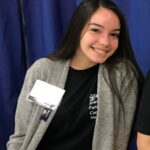 A descendant of original CIRI enrollee Ruth Faith Hansen, Kuhn serves on the Have-A-Heart Inc. youth board of directors for the Child Respite Program, which, in association with the Wisconsin Department of Health and Human Resources, provides families a break on weekends from caring for dependent children and adults with disabilities. She has also worked with the Feed Our Starving Children program, organizing and assembling meals for children in need.

In addition to volunteering and persistently applying herself to her education, Kuhn continues to develop her talent in nature photography while making plans to pursue a college degree. She is a former CIRI Shareholder Participation Committee youth representative who was recognized for providing excellent insight into how to better engage with young shareholders and descendants.