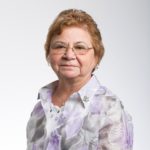 CIRI is pleased to posthumously honor original CIRI enrollee Penny Carty (Aleut) for her many accomplishments during her lifetime, especially for her fierce and thoughtful advocacy of the advancement of Alaska Native people, particularly among original Salamatof shareholders, the Salamatof Traditional Council, the Salamatof Native Association, and CIRI shareholders and descendants.

From 2005 to 2017, Carty served on the CIRI Board of Directors. In addition to her service on the CIRI Board, she was a long-time board member of Cook Inlet Housing Authority (2004-2021), most recently serving as its vice chair. Over the years she served on many other boards and committees, including Cook Inlet Tribal Council, Kenaitze/Salamatof Housing Authority, Salamatof Tribal Council and The CIRI Foundation.

Carty served on the board of Salamatof Native Association (SNA) prior to her tenure as its president and CEO, where she worked to ensure that the mission, vision and values of the original SNA board were the basis for operations. She was instrumental in ensuring that Salamatof became a federally recognized Tribe and that all 129 original Salamatof shareholders were allotted land selections. 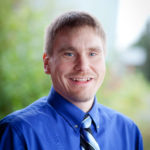 A strong supporter of subsistence rights, Encelewski has fought for the rights of Alaska Native people to set a community gill net in the Kenai River and to self-regulate their own fisheries. He currently chairs the boards of both Cook Inlet Tribal Council and Get Out the Native Vote; serves on the board of the Alaska Native Justice Center; and acts as the Ninilchik village representative to the Cook Inlet Treaty Tribes.

Through years of dedicated leadership, Encelewski has positively affected his community and Alaska Native people. He has successfully brought communities together and fostered relationships between regional and village corporations, Tribes, and Native and non-Native communities. 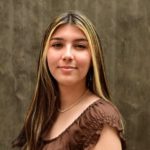 Grace Carlson (Athabascan, Inuit and Yup’ik) recently graduated from Northwest Career and Technical Academy in Las Vegas as her school’s valedictorian with a 5.6 GPA. Her many extracurricular activities included speech and debate clubs, the Health Occupations Students of America Club, National Honor Society, the Distributive Education Clubs of America and serving as a peer tutor.

Described by her teachers as intelligent, professional, dependable and mature, Carlson’s career goals include becoming a veterinarian and serving Alaska Native communities.