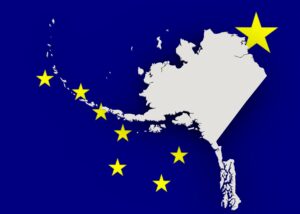 A sweeping public lands bill that was signed into law March 12 by President Donald Trump includes a provision to help Alaska Native veterans of the Vietnam War era select up to 160 acres of land in Alaska. The bill, known as the John D. Dingell Jr. Conservation, Management and Recreation Act, was introduced by Alaska Sen. Lisa Murkowski. It received bipartisan support and was championed by the three members of Alaska’s congressional delegation—Murkowski, Sen. Dan Sullivan and Rep. Don Young.

The recent public lands bill authorizes eligibility to include all Alaska Native veterans who served between Aug. 5, 1964, and Dec. 31, 1971. It further authorizes:

“I will not let our Alaska Native Vietnam veterans be forgotten as we work to make good on this long overdue commitment to provide these veterans with the land allotments they earned and rightfully deserve,” Murkowski tweeted on Feb. 10.

The larger piece of legislation, known as the Natural Resources Management Act of 2019, includes more than 120 public lands, resources, conservation and water-management provisions. Several of the provisions in the bill are specific to Alaska. The legislation received bipartisan support because it both expands environmental protections and increases access to public lands for recreational and hunting purposes.

“The Natural Resources Management Act of 2019 is an important step in righting a longstanding wrong,” said Greg Razo, vice president, CIRI government relations. “This bill helps ensure our Alaska Native servicemen and women will finally receive the land allotments promised to them in exchange for their service to our country.”

More information will become available after the federal government compiles the list of lands available pursuant to this law and regulations are complete, which could take a year or more.