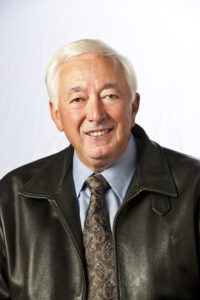 June 1, 1972, was the date mandated by the Alaska Native Claims Settlement Act (ANCSA) for incorporation of Alaska Native tribal entities who were to administer the settlement. By that date, all eligible Native entities, village and regional, were to be registered as corporations under the laws of the state of Alaska. Up to that time, Native organizations had operated as interim organizations preparing to administer the complicated provisions of ANCSA, which was passed by Congress and signed into law by President Richard Nixon on Dec. 18, 1971.

Implementing ANCSA proved a daunting task. First, this type of Native American claims settlement involving corporations had never been attempted. Most people still thought in terms of the U.S. Indian reservation system as the model for a Native land settlement. In contrast, the new law was complicated and fraught with legal and technical terms that were far beyond the training of many of us. Fortunately, we had limited money to pay experts to help, and several of us had spent considerable time lobbying for ANCSA in Washington, D.C., which gave us some idea what to plan for. We also had some practical experience working at tribal nonprofit organizations and for federal agencies, such as the Indian Health Services and Bureau of Indian Affairs. But most of all, we had our Native ingenuity. We knew from the teachings of our families and ancestors how to not just survive, but to thrive in a harsh environment.

Of all the Alaska Native regional corporations, CIRI’s path forward would be the most difficult. ANCSA had proscribed lands for conveyance that were “compact and contiguous” around village sites. If lands were to be substituted, the law required that they be of “like kind and character.” However, land entitlements of CIRI and its villages would not be made available in the way the settlement had promised. The federal government had, prior to the settlement, transferred much of the land adjacent to Cook Inlet villages to the state, federal preservation agencies, homesteaders and others. As frustrated CIRI President Andy Johnson said at the time, “They are going to give us mountaintops and glaciers instead of returning the lands where our people have historically lived.” CIRI filed a lawsuit to compel a just outcome.

Unique to CIRI as well was the issue of Shareholder representation in governance. Anchorage was a sort of cultural melting pot, with its Native residents having come to the region from many areas of the state. Different classes of stock were created by the law to be issued, depending on where people were living at the time of ANCSA’s passage. At-large Shareholders, mainly those living in urban areas, far outnumbered village-enrolled shareholders. Village enrollees feared that at-large Shareholders living in Anchorage and out of state would dominate the corporate governance of CIRI to the grave disadvantage of the villagers. They believed at-large Directors would disproportionately allocate financial and other assets mainly for the benefit non-village Shareholders. Proxy campaigns and angry language were common features of CIRI’s early Annual Meetings.

Political disagreements between village and at-large Shareholders were eventually settled, but not before other Alaska Native corporations predicted that CIRI would be the first to fail because it did not seem to be culturally unified.

By 1976, the lawsuit on land entitlements was finally settled in a three-way negotiation among CIRI and the state and federal governments known as the Cook Inlet Land Exchange. As a result of the settlement, CIRI was able to creatively direct its selections to resource-rich lands in the region and ultimately won the right to bid on a variety of federal properties in other parts of the U.S. The benefits of CIRI’s selections laid the foundation for the new corporation’s unprecedented financial success, especially as rights to oil and gas royalties were secured. Besides benefits to CIRI, a number of other Native corporations were able to remain solvent as millions of dollars of CIRI’s resource revenues were shared throughout Alaska.

In achieving the entitlement agreement and solving Shareholder participation rights, CIRI’s most pressing problems were under control. But at what cost? In a little more than three years, CIRI had gone through two corporate presidents and had just elected its third. But despite this intense period of hardship, CIRI was able to overcome its problems and was launched on a multi-decades path of financial and social success.

Yes, it is the 50th anniversary of the corporate birth of CIRI. But what lessons have we learned? What should we say about the men and women who dared to lead during those early years?

First, contrary to the beliefs of others, our cultural diversity turned out to be the strongest aspect of our organization—not our weakest. Our diversity was one of the reasons CIRI was able to turn a difficult beginning, especially with regard to land entitlements, into innovative solutions.

Second, our Shareholders generally boasted broader world experience because they had lived in areas outside their ancestral regions. Many had been sent away from home by the federal government for “re-acculturation” in far-away boarding schools. In those schools, for these young people, loneliness and cultural deprivation instilled a resolve to survive and find a better way for Native people. Ironically, these sad experiences helped provide CIRI the talent and natural intelligence needed to solve our problems.

As for leaders, we owe a debt of gratitude to many. The list is too long to include, so I will only mention a few:

Allen and Sophie Chase, Walter and Bertha Severson, Tim Twitchell and others who, in the late 1960s on the Cook Inlet Native Association board, helped many of us understand the importance of achieving a Native land claims settlement. Then there were village leaders such as George Miller, Alex Shadura and Larry Oskolkof who were champions of village participation and land rights. CIRI’s early Board members—Robert Rude, Agnes Brown, Debbie Fullenwider and Jerry Brown—were members of the team negotiating the Cook Inlet Land Exchange. And there was Brit Crosley, a CIRI Board member who quietly helped pay for some of CIRI’s lobbying expenses out of his own pocket. And of course, there was CIRI’s long-serving and wise Chairman, John Colberg.

Not to be forgotten was the brilliance of our staff, particularly those in our Land and Resources department, Margie Brown and Carl Marrs, whose work was crucial to the success of our land-selection process.

I would be remiss if I didn’t mention current CIRI President and CEO Sophie Minich, under whose leadership CIRI has thrived.

CIRI has much to celebrate on its 50th birthday. Not only is it on sound financial footing but it has the promise of a smart, well-educated generation of Shareholders and Descendants to guide it for the next 50 years. So a salute is in order for our success of the past, the heroes who brought us that success and those who will lead us into the future.