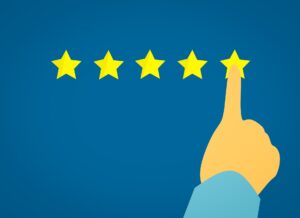 Register to vote – your voice matters!

This is a big election year in Alaska, with multiple state ballot measures, a U.S. Senate seat, a U.S. House seat and most of the Alaska Legislature up for election. On Nov. 3, the nation will also vote to elect the next U.S. president.

There are as many reasons to vote as there are voters. Our government relies on citizen participation, and voting is both a right and a responsibility. Whether you vote or not, a candidate will be elected – and that person will make decisions that will affect you and this country for years to come.

The organization Nonprofit VOTE offers these reasons cast your ballot:

According to Get Out the Alaska Native Vote, Alaska Native/American Indian (AN/AI) peoples constitute approximately 15% of the statewide adult population. If all AN/AI peoples voted during a normal turnout year – in which 55% of non-Native individuals voted – approximately 25% of those at the polls would be AN/AI peoples. This voting bloc could be more powerful than the Republican vote, the Democratic vote and the nonpartisan vote combined.

Alaskans May Now Apply Online to Vote by Mail

Alaskans may now apply online for absentee ballots, making it easier to vote by mail in the 2020 primary election (Tuesday, Aug. 18) and general election. Anyone with a valid Alaska driver’s license/ID card may utilize the Online Absentee Ballot Application system, provided the information entered when applying matches the information on the Division of Motor Vehicles record.

In Alaska, applications for by-mail ballots must be received 10 days before Election Day. Registered voters 65 years of age and older will automatically receive paper absentee ballot applications. Alaskans who wish to vote in person may still do so; most in-person voting locations will open 15 days prior to each Election Day and remain open through Election Day.

To apply online for an absentee ballot, visit absenteeballotapplication.alaska.gov.