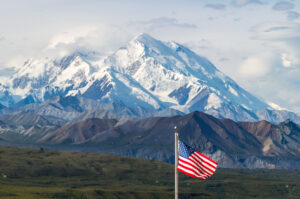 What you need to know:

The U.S. general election is your opportunity to make a difference in your community, state and country!

Voting rights acts passed in 1945 and 1965 helped lessen discrimination against Alaska Native voters, and the English literacy requirement for voting was eliminated in 1970. However, over the last three decades, Alaska Native peoples have continued to fight for voting access. Alaska’s geography, language diversity and transportation challenges have all continued to present barriers to voting. As recently as 2019, battles were fought to ensure that all Alaskans, including Alaska Native peoples living in rural areas, have easy access to polling places and to materials in their Native languages.

Many Alaska Native and American Indian leaders have worked tirelessly to gain and protect our right to vote. Honor their efforts by making your voice heard in the U.S. general election on Tuesday, Nov. 3!

How can I find out whether I’m registered?

Each state makes its own voting rules, including how to confirm your registration. Check with your state or local election office to get the most detailed and up-to-date information for where you live.

The State of Alaska’s voter registration lookup tool can be found at myvoterinformation.alaska.gov. Simply enter your name and location to check your voter status, including your polling place and vote-by-mail (absentee) ballot status.

Early voting and absentee voting by mail in Alaska

Alaskans have two options for early voting: 1) absentee/by mail, and 2) in person.

Completed absentee ballots may be returned by mail and must be postmarked and received on or before Tuesday, Nov. 3. If mailed, you must affix 55-cent postage (one Forever stamp) to the front of the envelope. Voted ballots may also be delivered to any Division of Elections office or voting location and must be received by 8 p.m. on Tuesday, Nov. 3.

While the vote-by-mail application period ended Oct. 24, Alaskans who missed that deadline may still opt to vote in person before election day. The early voting period runs Monday, Oct. 19 to Monday, Nov. 2, and dates and hours vary based on where you live. For a list of early in-person voting locations, visit elections.alaska.gov/Core/AIPEVEvents.php.

Where do I vote?

You can find out which voting location has been assigned to you by looking up your voter registration information at myvoterinformation.alaska.gov. All you need is your name and location.

What do I need to bring?

A current and valid ID that has your name, photo and signature, such as a driver’s license or passport, or a voter ID card or hunting or fishing license. You may also present one of the following forms of ID if it includes your name and current address: current utility bill, bank statement, paycheck, government check or another government-issued document. If you are unable to provide ID, you will still be able to vote a questioned ballot.

What considerations are there for voters with special needs?

Touch-screen voting units will be in each polling place and at the Regional Election Offices absentee voting locations 15 days prior to the election. Touch-screen voting is intended for the blind, disabled and voters with reading difficulties. In addition to English, the touch screen voting unit offers an audio ballot in the following languages (languages vary by region): Gwich’in, Inupiaq, Koyukon, Spanish, Tagalog and Yup’ik.

How can I vote safely?

If you choose to vote in person, either early or on election day, or drop off (as opposed to mail) an absentee ballot, keep these health and safety tips in mind:

Make your mark on history by voting in this year’s election! For the most comprehensive and up-to-date Alaska voter information, visit elections.alaska.gov.