Michael Everett Beltz passed away Aug. 10 at the Tendo Assisted Living Home in Anchorage. Mr. Beltz was born Aug. 30, 1955, in Anchorage. He is survived by his brothers, Donald, Arthur, Glen, John, Harvey and James Beltz; and sisters, Dorothy Van Thiel and Rebecca Czyz. 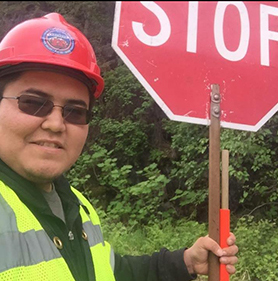 Joshua Herman John Goodlataw passed away on Aug. 6 after tragically being struck by a hit-and-run vehicle. Mr. Goodlataw was born July 2, 1994, in Anchorage. At the time of his death, he had nearly completed his apprenticeship with the Laborer’s Local 341 and was working for Granite Construction. Mr. Goodlataw’s hobbies included playing guitar and building fish wheels. He is survived by his father, Ralph Phillips; mother, Jennifer Phillips; brothers, Jacob Phillips and Brian Studie; and sisters, Jenneva Phillips and Irene Phillips.
Mr. Goodlataw’s family and the Anchorage Police Department (APD) invite anyone with knowledge of the crime to come forward. Information can be provided anonymously by calling APD at 907-786-8900 or Crime Stoppers at 907-561-STOP.

Donald A. Pittman passed away May 5 in Hiram, Calif. Mr. Pittman was born on Jan. 11, 1969, in Anchorage. He is survived by his father, Charles E. Pittman; and son, Donald C. Pittman.