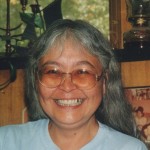 Louise Marie Proctor passed away May 5 at home in Anchorage. Ms. Proctor was born Feb. 19, 1957, in Newport Beach, Calif. She is survived by her daughter, Jessica Irene Proctor; granddaughters, Kya, Natalee and Victoria; sister, Karen Enstice; brother-in-law, Eugene; and nieces and nephews. 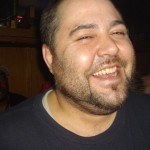 CIRI descendant Robert Michael Spellens passed away April 20 at home in Anchorage. Mr. Spellens was born Dec. 20, 1975, in Concord, N.H. He worked for many years as a cook at the Lucky Wishbone restaurant in Anchorage; in his free time, he enjoyed visiting with his mother and sisters in Nanwalek, Alaska, and fishing. Mr. Spellens is remembered by his family as a man with a contagious smile who would light up a room with his laughter and kindness to all. He is survived by his mother, CIRI shareholder Eugenia Moonin; stepfather, Charles Moonin; and sisters, Kilann Tanape and Samantha and Amanda Moonin.