Douglas P. Guerrero passed away Jan. 23 in Raymond, Wash. Mr. Guerrero was born July 14, 1951, in Auburn, Wash. He is survived by his children and many more. 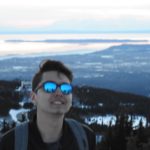 CIRI descendant Jayson W. McGuire passed away March 31 in Anchorage. At the time of his passing, he was a full-time engineering student at the University of Alaska Anchorage and an employee of Costco. His family remembers him as articulate, charismatic, energetic, generous, gracious, humorous and intelligent. Mr. McGuire’s final gift was his organs and tissue, donated to Life Alaska Donor Services, which was founded by his grandfather, Dr. David McGuire. He is survived by his father, Jason McGuire; mother, CIRI shareholder Anita Evans; siblings, Jefferson, Nikolas and James; and godparents, Thomas and Ann Evans.

Ronnie Tiny Theodore passed away April 9. A lifelong resident of Knik, Alaska, he was of the Fish Tail Clan (Kal-a-hee) of the Dena’ina people of the upper Cook Inlet. His family remembers him as someone with a great sense of humor who was always willing to help those less fortunate than himself. Mr. Theodore is survived by his brothers, Arthur, Paul, Raymond, Randy and Larry Theodore; sisters, Rosie Choquette, Patsy Garcia and Martha (Marty); son, John David Theodore; and many nieces and nephews. 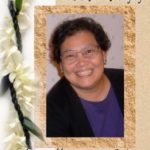