Louise E. Gorder passed away July 1 in Cashmere, Wash. Ms. Gorder was born April 26, 1929, in Seldovia, Alaska. She is survived by her children, Joyce and Richard. 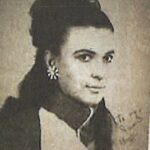 Artha Lou Koerber passed away March 11 at Providence Alaska Medical Center in Anchorage. Ms. Koerber was born Sept. 9, 1941, in Port Townsend, Wash. Her family remembers her as an amazing woman with a great heart, a true giver and helper to those less fortunate. Ms. Koerber was a committed church volunteer and knitter who donated more than 1,000 hand-knit hats over the years to local hospitals and various nonprofits. After her retirement, she spent much of her time at a small cabin on the family homestead. Ms. Koerber is survived by her children, Brooke Raymond Piccolo and Julianne Marie Wittwer. 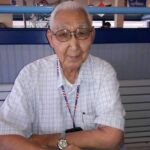 Stephen E. Seetomona passed away July 24 at Valley Medical Center in Renton, Wash. Mr. Seetomona was born May 23, 1939, in Shismaref, Alaska. He is survived by his son, Joseph Seetomona; and siblings, Harriet Cutshall, Lorena Seetomona and Coolidge Seetomona.

Sarah L. Wilson passed away March 31 in Colorado Springs, Colo. Ms. Wilson was born June 14, 1978, in Seattle. She is survived by Josh Wilson.