Greg Razo heads up the corporation’s legislative initiatives and engagement with Alaska’s congressional delegation and state lawmakers. Razo is also CIRI’s representative with the Alaska Federation of Natives and is active with many of CIRI’s nonprofit affiliates.

A CIRI shareholder of Yup’ik descent, Razo grew up in Anchorage and earned a bachelor’s degree in English from Gonzaga University and a Juris Doctorate from Willamette University. He practiced law for 21 years in Kodiak, Alaska, prior to joining CIRI in 2005. 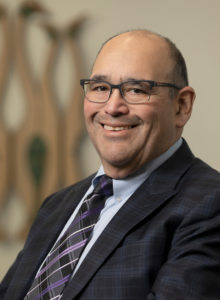