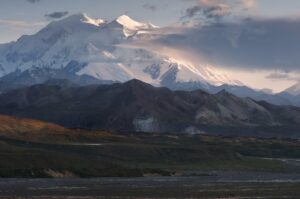 National Native American Heritage Month is a celebration of the contributions America’s First Peoples have made to the establishment and growth of the U.S.

This November, please join CIRI in paying tribute to the rich ancestry and traditions of Alaska Native and American Indian (AN/AI) people. While there is vast cultural diversity among the United States’ more than 2,000 Tribal groups, Indigenous people played a significant role in the history of the Americas.

Long before their contact with Europeans, Indigenous people populated the present-day U.S. and were successful stewards and managers of the land. European contact resulted in exposure to diseases, displacement and wars, devastating the underlying foundations of AN/AI societies.

Native people continue to fight to maintain the integrity and viability of Indigenous societies; our history is one of cultural persistence, creative adaptation, renewal and resilience.

CIRI is proud to count among its more than 9,100 shareholders virtually every Alaska Native group—Aleut/Unangax, Alutiiq/Sugpiaq, Athabascan, Haida, Inupiat, Tlingit, Tsimshian and Yup’ik. We recognize our diversity, respect our differences and celebrate our unity as Native people.