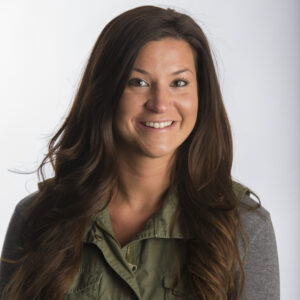 CIRI shareholder Darla Graham (Yup’ik) grew up with CIRI. “My dad (the late James Graham) was an original enrollee, and as far back as I can remember, he encouraged my sister and me to pay attention to what was going on with our corporation,” she said.

Her great-uncle, Ralph “Andy” Johnson, was CIRI’s president 1973-1974 and a CIRI Board member 1973-1976, during which time the Cook Inlet Land Exchange was being negotiated between CIRI, the federal government and the State of Alaska.

“Andy was my father’s uncle, and they were really close,” Darla explained. “My dad always knew what was going on with CIRI. Particularly with education funding, he made sure my sister and I knew what our options were. He gifted my sister and me 10 shares each when we were babies, and my parents put all the dividend money we received over the years in a college savings fund. When my daughter was born, he did the same for her. Education was a huge thing for him, but even beyond dividends and scholarships, there are so many options now for young people to get involved with CIRI.”

Darla is largely to thank for launching and managing many of CIRI’s youth programs, including the Summer Internship Program, Next Gen Day and the CIRI C3 Experience. In addition to shareholder and descendant programs, as senior manager of CIRI shareholder engagement, Darla works to identify collaborative opportunities within the community; collaborates with universities and other educational and training programs to implement programs that benefit shareholders, descendants and other Alaska Native people; and helps manage quarterly meetings of the Tikahtnu Forum, which brings together representatives from CIRI and Cook Inlet region Tribes, villages and nonprofits for business collaborations and a discussion of issues that impact Alaska Native people.

Darla was born and raised on Alaska’s Kenai Peninsula; her father grew up in original Federal Aviation Administration housing in Homer, and her mother’s family immigrated from Holland and homesteaded in the area. When Darla was 8, her family moved to Anchorage. She received her high-school diploma at age 16 and two years later landed her first “real” job with the Coastal Villages Region Fund (CVRF), a nonprofit organization that works to create fisheries jobs for residents living along Alaska’s Bering Sea coast.

“I worked at CVRF for seven years. It was a really cool job and I worked with some amazing people,” Darla recalled. “I started as a receptionist, and a couple of years later began working as a recruiter. Most of the villages CVRF serves are in the Yukon-Kuskokwim Delta, which is close to my grandmother’s culture. I saw some really cool things that most people never get to see, like a herd of musk ox in the wild and a bear chasing an eagle.

“One time, when I was traveling back to Toksook Bay after presenting at a school in Tununak, the snow machine I was on hit a ptarmigan. The girl I was with—I was staying with her and her family that night—put it on the back of her snow machine and brought it home, and we made soup with it for dinner. It was really eye-opening; a lot of people don’t realize that in rural Alaska, people really do live off the land.”

After her daughter Kaydence was born in 2009, Darla started looking for a job that would keep her closer to home. “I initially interviewed for a CIRI job back in 2011. I’ll never forget it—I had a really great conversation with Deb Ahern (former senior director, CIRI Human Resources). She got to know me, my history, and what I was interested in. Even though another candidate was ultimately selected for the position, Deb told me, ‘Come back, we’d love to see you in a couple of years when you have some more experience.’”

Darla attended college off and on for 12 years and graduated with a bachelor’s degree in business management from Western Governors University in spring 2018. She is currently pursuing an Executive Master of Business Administration degree at Alaska Pacific University (APU) and is a graduate of APU’s Alaska Native Executive Leadership Program (ANELP).

“I did ANELP before I had my bachelor’s degree, getting master-level credits before I even finished college. When I walked away from my last bachelor’s-level class last spring, I was like, ‘Oh my gosh, I finally did it!’” Darla laughed.

“Western Governors University is a private, not-for-profit, online university, and it’s the best thing that ever happened to me,” she continued. “It’s a competency-based school, which means you pass the class as soon as you can prove you’ve mastered the material. You pay per term, instead of per credit, and it saved me a ton of money—the more courses you complete each term, the less you spend over the long term. Educational funding from The CIRI Foundation definitely helped me along the way.”

As for the future, Darla plans to stay in Alaska and with CIRI. “My family’s here, and I love it. We still have a house down in Homer, so we spend a lot of time there, especially in the summer. My mom and my sister are super involved in my daughter’s life and I’m forever grateful for that; anything we need, they’re there. My career with CIRI has evolved and changed a lot over the years, and Deb and others in leadership positions have been 100% supportive. Right now, I’m starting to get involved with the government-relations side of things. I can’t wait to see what happens next!”