A prestigious award that recognizes 40 emerging Alaska Native and American Indian people who have demonstrated leadership, initiative and dedication and made significant contributions in business and/or in their community, the National Center for American Indian Enterprise Development recently announced its 2017 40 Under 40 Awards. Two CIRI shareholders are among those chosen. Please join us in congratulating Adam Leggett and Raina Thiele! 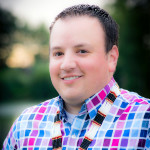 A veteran of the U.S. Navy and a shareholder of CIRI and Eklutna, Inc., Adam currently serves as the Alaska Native program manager at engineering firm Stantec. In this role he oversees activities related to business development, client management and delivery of services. Adam is also responsible for marketing and implementation of Stantec’s Alaska Native program and developing and sustaining relationships with Alaska Native tribes and corporations, including 8(a) and set-aside opportunities. Adam serves on Eklutna, Inc.’s scholarship committee and as a council trustee for the Native Village of Eklutna. He holds a bachelor’s degree in business management from Florida State University and a master’s degree in business administration from Alaska Pacific University. 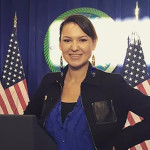 As associate director of intergovernmental affairs during the Obama administration, Raina served as a liaison to tribal governments and as an advisor on climate change and arctic and energy issues. She was also a lead organizer of President Obama’s trip to Alaska in 2015 and helped spearhead development of the Generation Indigenous Initiative. In 2016, she founded Thiele Strategies LLC, a consulting company. She was also active in Hillary Clinton’s presidential campaign as a fundraiser and policy committee member. Raina holds a bachelor’s degree in political science from Yale College and a master’s degree in public policy from the Harvard Kennedy School of Government.